The Effects Of Energy Drinks 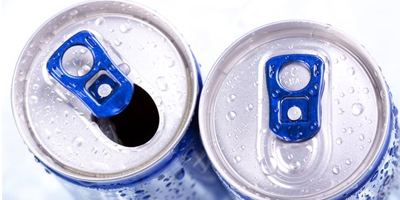 Beverages with the main purpose of energizing and awaken people from a midday slump become more and more popular all over the world, but not every consumer is fully aware of the effects of energy drinks. Some young people drink them to stay awake longer to study or party; some hardworking employees drink them to get through the tough parts of the day, but no matter what the reason for drinking them, the consumer base has a full range.

These beverages aren’t all bad, but they’re not all good either. Of course, as with anything else, it depends on what kind and how much is consumed. Any energizing beverage contains the three main ingredients of caffeine, taurine, and sugar.

Coffee drinkers and pop drinkers know that it’s the caffeine that makes them feel awake, active, and alert. It gives the drinker a boost, but it doesn’t last, and before long another boost will be needed. A physical addiction to addiction is created when that need for a boost has been built up so much that more and more consumption is needed to give the same effect. Any addiction is dangerous health wise, but a caffeine addiction can cause anxiety attacks, insomnia, heart problems, and high blood pressure. Abruptly severing those ties to caffeine can cause depression, headaches, and irritability.

Taurine is found in the human body, thus a naturally procured substance, and it assists the body in many different functions. As an amino acid, it regulates the heart beat and carries out other protein-related tasks. It can calm the brain, sometimes reducing the restlessness and edginess caused by caffeine. Not much is known about how taurine reacts with caffeine and dangerous complications could arise that aren’t known about yet.

Sugar is a very prominent ingredient in these beverages. Sugar contributes to weight gain, as is common knowledge, and a large amount can elevate blood sugar levels. Insulin is produced to quickly bring that blood sugar level down. Hypoglycemia can develop from this, which can cause irritability, sugar cravings, and tiredness. Being tired and craving sugar will lead to the consumption of sugar, which will lead to a sugar crash, and the circle will continue and on. Sugar-free drinks may avoid the sugar crash problem somewhat, but artificial sweeteners are used instead of sugar. Aspartame, as well as other artificial sweeteners, have been claimed to cause brain damage and cancer.

Seizures are a known result of over consumption of these beverages, even for people with no history of epilepsy. Large amounts of caffeine are thought to be the cause of them, but taurine is also a suspect. Mixing with alcohol or sleep deprived can also contribute to a decreased seizure threshold.

Mixing with alcohol is dangerous and can have adverse results. Often it makes a person underestimate their level of intoxication, which can lead to an increased risk of alcohol poisoning, injury, and other results of drunkenness. A pregnant woman shouldn’t drink them, or other highly caffeinated beverages, as they can create birth complications and miscarriages. Dehydration is another outcome of large does of caffeine. Muscle pain, kidney and stomach problems are other consequences of overdosage.
Although they may seem like the best idea at the time, they are not the solution for low energy. Excessive stress, lacking sleep, poor diet, and overworking are the most common causes of fatigue and tiredness. Energizing beverages can contribute to and often worse all of these problems. Due to the many negative effects of energy drinks, healthier alternatives are highly recommended.